Power from on High

1 Now when the day of Pentecost had come, they were all with one accord in one place. 2 Suddenly there came from the sky a sound like the rushing of a mighty wind, and it filled all the house where they were sitting. 3 Tongues like fire appeared and were distributed to them, and one sat on each of them. 4 They were all filled with the Holy Spirit and began to speak with other languages, as the Spirit gave them the ability to speak.

5 Now there were dwelling in Jerusalem Jews, devout men and women, from every nation under the sky. 6 When this sound was heard, the multitude came together and were bewildered, because everyone heard them speaking in his own language. 7 They were all amazed and marveled, saying to one another, “Behold, aren’t all these who speak Galileans? 8 How do we hear, everyone in our own native language? 9 Parthians, Medes, Elamites, and people from Mesopotamia, Judea, Cappadocia, Pontus, Asia, 10 Phrygia, Pamphylia, Egypt, the parts of Libya around Cyrene, visitors from Rome, both Jews and proselytes, 11 Cretans and Arabians—we hear them speaking in our languages the mighty works of God!” 12 They were all amazed and were perplexed, saying to one another, “What does this mean?” 13 Others, mocking, said, “They are filled with new wine.” (World English Bible translation)

Pentecost was an ancient Jewish harvest festival celebrated fifty days after Passover. More specifically, Pentecost commemorated the giving of the Law on Mount Sinai, fifty days after Israel escaped from their bondage in Egypt. Together, with Passover and the Festival of Tabernacles (or booths), it was one of three great Pilgrimage festivals celebrated in the life of Israel, and, it was a time when Jewish people from all over the known world would gather in Jerusalem for worship and celebration. It was also a well-poised time for God to act among God’s people anew.

Pentecost was already a day filled with powerful memories of God’s appearing amidst a pillar of cloud and fire, and now it takes new meaning as the Holy Spirit descends amidst wind and fire. As Holy Spirit descends with fire, we are also invited to remember the words of John the Baptist in Luke 3:16, when he proclaimed, “I indeed baptize you with water, but he comes who is mightier than I, the strap of whose sandals I am not worthy to loosen. He will baptize you in the Holy Spirit and fire.” And more recently, in Acts 1:8, Jesus promised, “You will receive power when the Holy Spirit has come upon you. You will be witnesses to me in Jerusalem, in all Judea and Samaria, and to the uttermost parts of the earth.” And now we see the fulfillment of that promise.

However, the author of Acts is not content to simply connect the coming of the Spirit to giving of the Law and the words of both Jesus and John; instead, they go back to the very beginning of creation to describe what is happening. Luke uses imagery from Genesis to describe the coming of the Holy Spirit. The sound ‘like the rushing of a mighty wind’ specifically evokes Genesis 1:1-2, “In the beginning, God created the heavens and the earth. The earth was formless and empty. Darkness was on the surface of the deep and God’s Spirit was hovering over the surface of the waters.” Both the Septuagint and the New Testament use the same word for breath, wind, and spirit: Pneuma.  The sense in Genesis chapter one is of God’s Spirit hovering, or more literally blowing, over the face of the waters of creation. Now in Acts chapter two, the same Spirit which blew over the creation in the beginning appears anew amidst the ‘rushing of a mighty wind.’  Luke suggests that what we witness in Acts two is something greater than the birth of the church, is nothing less than a new creation emerging, as the Holy Spirit descends.

The Spirit also fills the disciples, just as the breath/Spirit of God filled the first human being in Genesis 2:7, and they became a living creature. Now we see the disciples filled with new life and new power as they each proclaim the “mighty works of God” in different languages as the Spirit gave them ability. Finally, as the disciples proclaim the Good News in different languages, and a crowd of people from all over the world hears the Good News each in their own native tongue, we see the reversal of the confusion of languages which occurred in Genesis 11:1-9 at the Tower of Babel where God confused the languages of the various peoples of the earth, when they had attempted to put themselves in the place of God in building a tower to reach up to the heavens.  To further highlight the reversal of Babel, it is no longer people attempting to reach up toward God; it is now God who comes down in the form of the Holy Spirit.

They were all amazed and perplexed. . . Others Mocked

The disciples, both men and women, are filled with the Holy Spirit and proclaim the mighty Acts of God, much as the prophet Joel had predicted hundreds of years earlier.  This alone does not create faith among the people who witness these signs of God’s power in their midst. Instead, we are told that “they were all amazed and perplexed.”

In both Luke and Acts, almost every time we are told that people are amazed by God’s actions, the writer wants us to notice that amazement is not the same as faith. Rather, when someone is amazed, they recognize that something extraordinary has happened, but they do not yet know how to understand or interpret it. Which means almost always, there must be something more than a miracle for people to come to faith. In the Gospels, this was often an opportunity for Jesus to teach about God’s Kingdom and often it was the case, that even after Jesus’ teaching, a crowd would be divided between those who would our would not believe.  Now, in response to the descent of the Holy Spirit, the crowd is amazed and perplexed, but there are others who mock what they are they seeing and hearing and dismiss it by saying, “They are filled with new wine.” Or more accurately, they are suggesting that the disciples “are drunk with cheap wine.”

In the reaction of the crowd we are invited to notice how we respond when we see God’s power at work among us. Perhaps it is always easy to misinterpret or even feel fail to see God’s work among us. Far more troubling is the tendency to dismiss or even reject the signs of God’s Kingdom among us.

Being Open to Seeing God

One of the most important lessons I have ever learned is to guard my own heart from becoming cynical (and I will admit that I had to learn this the hard way). Sadly, some people mistake cynicism for wisdom and reject things they cannot understand, measure, or explain. Surprisingly, I have noticed that idealists and cynics may even have once had the same hopes and dreams, but the difference is that the idealists still believe such things are possible, while cynics do not. And perhaps, people become cynical to guard themselves from heartache and disappointment. However, a heart that cannot be broken may also miss out on seeing all that God is already doing in our midst today. So those members of the crowd who were amazed and perplexed, they were still open to learning and seeing more deeply, more troubling, were those who dismissed all that they had seen and heard with disparaging words, “they are drunk with cheap wine.”

Holy Spirit breathe among us today. May the rush of your wind stir up our hearts and our lives to behold your new creation among us. Cure us of our cynicism and move us through our amazement and confusion toward a deep and lasting faith in which our hearts are shaped anew by your love and power. Amen.

We already live our lives in the presence of God.  As C.S. Lewis wrote in Letters to Malcolm: Chiefly on Prayer, “We may ignore, but we can nowhere evade, the presence of God.”  The discipline of Practicing the Presence is an invitation to see and experience every moment as a gift of God and includes developing a rhythm of life that brings God to mind throughout the day.  I love author Karen Mains’ perspective; she refers to practicing the presence as going on a “God Hunt” to keep our soul awake to God.  What might it look like to keep company with Jesus all day long?

To have a deeper union with God, we receive each moment as sacred.  To live with deeper awareness, as you engage the activities of your day, intentionally acknowledge that God is present with you.  Some find it helpful to be reminded of Christ’s presence by carrying or placing symbols, images, icons or a lit candle in proximity.

Find moments to stop and listen to God.  As you grow in awareness of your need of God, remain open in all moments.  Seeing yourself through God’s eyes rather than the eyes of others, find Christ in your joy, sorrow, emptiness and fullness.  Practicing the presence of Christ is simply a way to love God and stay connected throughout the day. 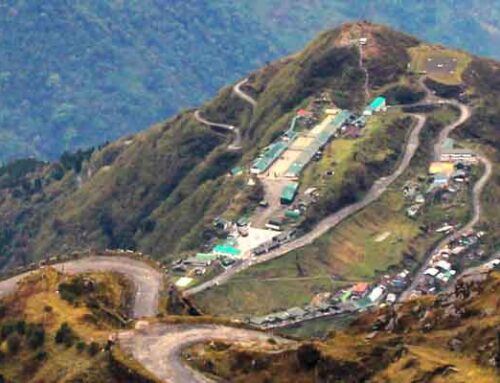 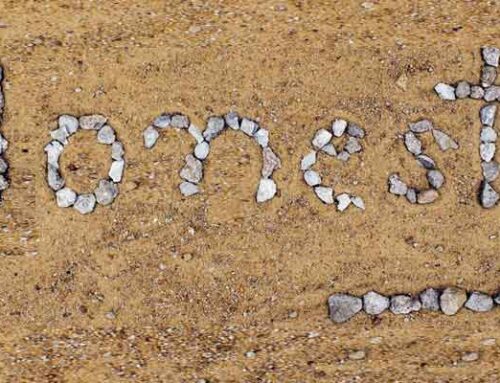 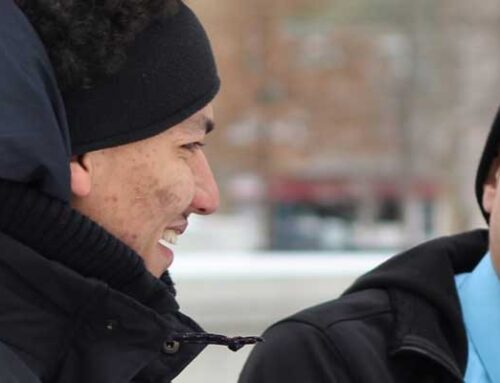 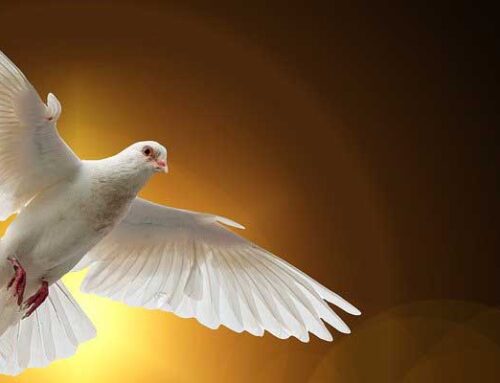 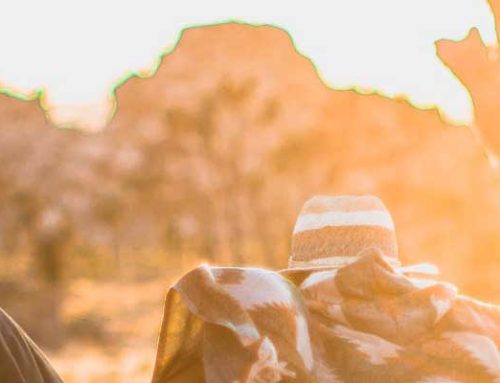